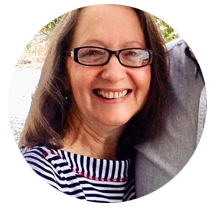 Every couple of months or so we spotlight one of our members.

This time around, we feature a short piece from Donna Nelson.

We hope you enjoy her work!

A Few Questions: Interview with Dad (An Excerpt)

My dad, Lineous, is ninety-three years, five months, and thirteen days old. Known as the Hickory Flat Storyteller, Dad talks to anyone who listens. At this advanced age, his attention to minute details from past events is remarkable.

Today, I greet him, “Dad, I want to ask you a few questions. I will record your answers on my phone.” Of course, he agrees…

…“Are you ready?” I ask. “Okay, first question. Pick one day in your life to be the best day ever. What day would you choose?”

He laughs. “I could start by being cute and say the day I was born. I was there, but I can’t remember it. The day that sticks in my memory the best and that I remember very vividly is the day Kathryn was born. We got up and got breakfast. My mom and I did the milking. About the time we got the milk in the buckets to carry to the separator, Nora stepped around and said, ‘I think I am in labor. Don’t get excited; it’s just beginning.’ Mom finished the milk separating and told me to load the truck with strawberry crates. I took the crates to the strawberry field and scattered them across the area instead of leaving them at the shed like usual. Mom and Dad, Aunt Annie and Uncle Clifford, and Mr. and Mrs. Calloway, our neighbors, were going to pick the berries while I was gone. I got Nora down to the hospital in Searcy with plenty of time. As luck would have it, labor was quick, and she got her job done. I could be home by 2:30 to load the strawberries, and they did not lack but a little bit being done picking when I got home.”

I prod, “That was a good day for getting things done, Dad, but how did you feel when you looked at that baby girl for the first time?”

“Doctor Brown said, ‘Mister Hensley, you’ve got you a nice spanking daughter. She is healthy in every respect that we can see. We are getting her cleaned up. We’ll put her in your lap in a little bit.’ So, I waited. They had Nora in a recuperating area, and everything was going fine. So, I laid her in Nora’s arms and stood there beside the bed. Then I said, ‘Now, part of my living is still going on at home.’ I looked at the clock. I had plenty of time to drive home, pick up the berries, drive them to Bald Knob to the market, and be back to do the chores at home.”

“Next question, Dad. Pick one person from your life who influenced you most. Who was the most influential person in your life from birth until now?”

“Well, probably my dad because he had a heavy hand. He would tell me to hurry. Nearly anytime he was close enough to where I was after I got to where I could walk by dragging my foot, he would say, ‘Hurry now. Hurry now.’ If anything had him a little bit fractious, he would reach over and slap my bottom hard enough I would bounce. I don’t remember him ever telling my brothers and sisters to hurry. I never understood why.”

I interrupt to ask, “Could it have been your handicap? Do you think it was because you had polio?”

“I think he was trying to direct me toward a more fulfilling beginning. He intended for all of us to learn to work the garden by the time we were able to tag after him out to the field. And he wanted us to be willing to help. I needed him as much as a mother. It was good for me, I suppose, that he had a heavy hand. He did not have any education. He had a few days in the classroom until third grade. He could hardly count money. He finally got to where he could write a check.”

I question, “You needed his influence though?”

He continues, “My dad was a guiding influence. While we were still in grade school, he would come to us and say, ‘Now, boys, this is what we are going to do.’ And he would get to it. We were expected to do the same.”

“Okay, Dad, next question. Is there anything you missed doing that you would still like to do today?”

“Run.” Even at ninety-three, the word is wistful.

“Run! Oh, that’s the best answer! We don’t need any more than that. I understand.

That comes from your handicap.” I could not imagine never being able to run as a child.

Dad adds, “The day I started school, I had to leave early to walk that mile and a half. Mom and Dad told my brothers and sisters not to carry me down the road. I would have given anything to run and catch up with them.”

“This is the last question.”

Dad coughs, and I ask with concern, “Are you tired? Do you want to stop?”

“What is the legacy you hope to leave to your posterity? What is the one thing you want us to remember and do?” Of the list of questions I had written, I most wanted to hear his answer to this one.

His voice breaks a couple of times, but he persists until he finishes his answer, “I’ve studied down that line quite a bit. With one word I can say it. Honesty. Eight of them. I want all of them to be true to themselves.”

“That’s a good one.” My tears start, and I take his hand. “I believe that most of your children are honest and have much integrity.”

His voice still emotional, he answers, “I believe it.”

I continue, “I see it in your grandchildren, too, Dad. Most of your grandchildren have integrity as well. So, you’ve passed it down to the first generation and to the second generation. Honesty is something you have already passed to us because we have watched your life. Your word is your bond, and it’s always been that way.”

“I agree.” Even with his poor eyesight, I feel him look straight into my soul.

I summarize the interview. “You are a role model for me. When I say something, I try hard to follow through, because I want to emulate your example. Thank you for being my dad.”

You can view Donna’s page here.