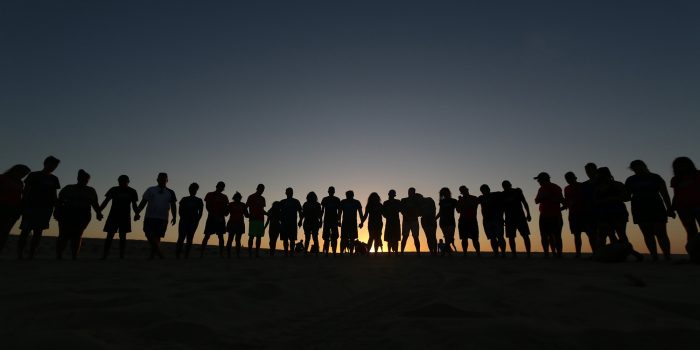 A few years ago, life threw me a random curveball. I found myself in a new place, and uncertainty hovered like a gray cloud. Deep down a small voice told me this change held a purpose.

Then, I met Kim Vernon. She did a talk on writing at the Pangburn Library. I’d wanted to get back into writing for a while, but having three kids, among other life changes, slowed my efforts. I figured this might help. Kim ended up inviting me to the White County Creative Writers Conference and the group’s monthly meetings. I went, not knowing what to expect or if I’d ever go back. It sounded interesting, but did I belong there?

At my first conference, I wanted to slip into a corner and disappear. There were writers of all sorts and levels with at least a few published works, and there I was with a dozen unfinished tales and no clue what to do. I heard the same names multiple times as winners of writing contests. (There’s an ongoing joke if you want to win, change your name to Gary.) I’d been too scared to enter, but I met several nice people and learned a ton.

At the group meeting, I felt completely out of place at first. Most members had been published or were in the process of getting published. I hadn’t even finished a good manuscript yet. Still, the inviting atmosphere and encouraging nature of the members quickly put me at ease. Despite possessing crippling imposter syndrome and the social skills of a gnat, they welcomed me as one of their own.

I went again the next month. And the next. And suddenly, without realizing it, I found myself letting go of the negativity previously holding me back from my goals. I found my people, fellow writers with a dream to share their works and encourage others to do the same. They listened to my stories, pointing me in the right direction to improve and grow. I learned so much and even joined a poetry group, the Gin Creek Poets.

Eventually, I found the courage to enter a story in a contest sponsored by Del Garrett, a man in search of horror stories for his annual anthology, The Vault of Terror. I scratched out a tragic vampire tale, polishing it the best I could before sending it in. Unsurprising to me, I lost. I knew the winners. Their stories had to be better than mine. I didn’t let it bother me and took it as a lesson on improvement for next time. Kim convinced me it’d be good to ask Del for a critique, so I did.

I expected a list of issues, my pages bloodied by the dreaded red pen. Instead, I was surprised to learn Del simply didn’t like the lack of a hero in my story. He complimented my pacing, and ultimately liked what I’d done up until my main character turned to villainy at the end. He suggested changing him or finding another solution. I later wrote a second part to the story, making a new character for the role of hero. I sent the finished two-part tale to Del and waited for a reply. He liked it so much that he published it in Volume 4 of his anthology. The feeling I had was indescribable the moment I saw my name on the cover among others I admired and respected. Everyone congratulated me.

I’ve learned a lot from WCCW, and I’ve found the confidence to shoot for my goals. When the negative voices in my head threaten to bring me down, there’s always someone ready to build me up again. I’ve gotten opportunities I’d never get elsewhere. Not to mention, I get to interview all my favorite people for the group podcast.

Lisa Lindsey
Podcast Host at WCCW
In addition to short stories, Lisa Lindsey writes poetry under the name Rie Lindsey. Besides writing, she enjoys baking sweets, crocheting cozy things, and brushing up on her knowledge of the French language.

2 thoughts on “Find Your People”