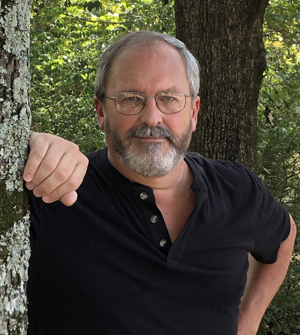 Anthony Wood, a native of Mississippi, resides with his wife, Lisa, in North Little Rock, AR. He ministered many years in inner city neighborhoods among the poor and homeless, inspiring him to co-author Up Close and Personal: Embracing the Poor about his work in Memphis, TN.

Two novels in his seven book historical fiction series A Tale of Two Colors have been released. White & Black and Gray & Blue will be followed by Peace before the Second Storm in November 2022, and others every six months thereafter.

Anthony’s short story “Not So Long in the Tooth,” which appeared in the Winter 2020 issue of Saddlebag Dispatches, won a Will Rogers Medallion Award Copper Medal for Western Short Story Fiction.

When not researching and writing, Anthony enjoys wandering historical sites, kayaking and camping, traveling, and being with family.

Anthony was featured in the WCCW Member Spotlight for July 2022.