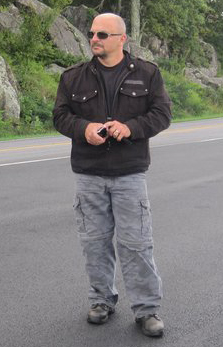 James Gabel is the author of “The Crew” series. He is an Engineer holding the highest certification in Lean manufacturing and Six Sigma problem solving.

He spends much of his free time touring the United States with his wife on his Harley Davidson Motorcycle. A man grounded in faith, and love, with a special place in his heart for dogs.

James has four daughters and eight grandchildren that he loves with all his heart. A passionate man and a loyal friend who loves to make people laugh, even if it’s at his expense.

A man in his fifties that looks at life with the awe and wonder of a ten year old.