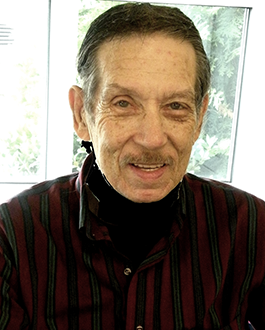 Arkansas Hall of Fame writer Del Garrett is the author of six novels: Texas Justice, While the Angels Slept, Shadowlight, The Buccaneer’s Daughter, The El Dorado Trail and Whispers in the Wind — The Search for Jack the Ripper, plus an anthology of short stories he calls Del Garrett’s Flea Market Tales.  In addition, he owns Raven’s Inn Press where he self-publishes and publishes books and anthologies by other writers.  His books are available on Amazon.com.

He has won an international award for Best Historical Western Fiction and numerous other contest awards.  His poetry has been published by the Missouri Poetry Society.

Del is the 2019 president of WCCW and serves as the group’s press agent.

In August 2022, Del was featured in our Member Spotlight section.

His web page is: authorsden.com/delgarrett.