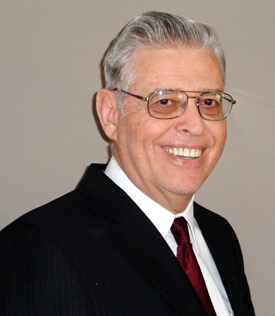 Gary L. Breezeel is a former attorney, minister, and government accountant. Throughout  all those career changes, he dreamed of being a writer when he grew up. Finally, upon retirement from his position with the U. S. Department of Defense, he fulfilled his dream.

Gary moved to Arkansas in 2010 with his wife of more than forty years to be closer to his grandchildren. In addition to his writing, he fills his days with reading, feeding his television addiction, touring Arkansas, and attending sports and other activities involving his grandchildren.

In addition to WCCW, Gary is a member of American Christian Fiction Writers. His short stories, essays, memoirs, and poems have won numerous local contests. Gary has completed a draft of his first novel and is making slow progress toward getting it ready for
publication. He has several other novels at various stages of completion.

A number of Gary’s short works have been published including “A Comedy of Errors” in Christmas Moments, Grace Publishing, 2014, as well as “Little Red Riding Hood Meets the Three Piggs”, “A Leg to Stand On”, and “Surprise Attack!”, published in the WCCW Anthology of 2018.