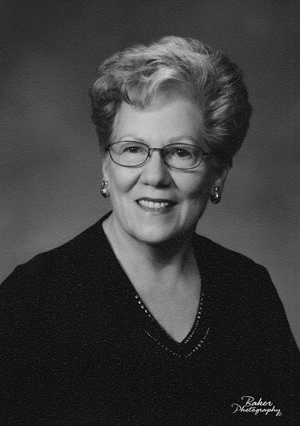 Patsy Pipkin is past president and current Conference Coordinator for White County Creative Writers. Patsy is the author of four books. Her latest, Years, Fears, and Running Gears, Volume II, with Retirement Years ( 2007) is available at trafford.com, (orders@trafford.com). This is her third collections of columns and stories published in newspapers, magazines, and recorded for Tales from the South on National Public Radio.

Patsy has won numerous writing awards, and her work (syndicated by Senior Wire) has appeared in many newspapers and in regional and national magazines. She is the recipient of the Cloie Presley Heritage Award given by the White County Historical Society in May, 2008, for her book Hilton Emde, and Ordinary Man in Extraordinary Times, the life story of a World War II veteran. With a novel in the works, Patsy also freelances to several newspapers and magazines. She also enjoys reading from her books and speaking at various venues.

Patsy was also the recent recipient of the 2012 Cloie Presley Writer’s Award for her book Images of America-Searcy given by the 2012 White County Historical Society.

Patsy shared this piece as our Featured Member a few years ago. We hope you enjoy it as much as we did.

Picture this — if you can. Call it a Yoga Class, if you will. It’s not a group of lean and limber long‑haired beauties gracefully bending to the chant of winsome music. This class is a bunch of short, fat, senior citizens who have never been there and never even tried to do that before. We touch our toes much easier from the ‘lotus’ position than by trying to bend over our bellies.

To call us beginners in anything sounds absurd; yet, here we are–all signed up and raring to go. It’s “Beginning” Yoga. Eight past‑middle‑age women and a couple of balding husbands, who came merely to satisfy their wives, smile bravely as we size each other up.

In our sporty grey T‑shirts imprinted with red letters, declaring us ‘HEALTH CORP MEMBERS’, and making us eligible to try this new class, free to members, we stood ready to get our money’s worth.

The slim, trim instructor smiled politely when he saw who had showed up for a demonstration of his class called ‘Yoga One–For Beginners’. Then quickly our exercise guru told us to get two mats from the stack in the corner and place them end to end on the shiny hardwood floor, facing the mirrored wall, and to take off our shoes.

I thought I saw him hide a grin as he turned to put his music in the boom box, but I’ll not say for sure.

He might not be up to this, but we, of the silver‑haired generation, are willing to give anything a try — once. Why not Yoga? We discussed how it appears unbelievably hard, but very graceful, when we watch it on television. Besides, we ‘beginners’ are old hands at proving old dogs can, too, learn new tricks.

I look in the mirror. We’re all still standing. Nobody passed out from holding their breath. After several more deep breaths, the instructor said, “That was the warm‑up phase. Now, on to some serious stretching. We’re going to warm up our insides.”

I don’t know about the others, but my innards were already getting so warm I wished he would turn on the ceiling fans.

He dimmed the lights and continued, rather softly, “Sit down on your mat. Stretch high. Bend to the left. Then to the Right. Now to the middle straight out in front. Put your hands on the floor.”

“Now stand up and we’ll begin the work phase.” said the determined instructor as he proceeded to show us ‘warrior’ poses. We posed for several minutes, but instead of acting like real warriors we were rather subdued. Some were really good at the ‘mountain’, the ‘dog’, and the ‘cat’, but when he asked us to stand on one foot with our hands in a prayer‑like position and move our other foot up our leg and out behind, we all jumped around quite a bit. It wasn’t a very pretty pose at all, and I don’t even remember its name.

My favorite part came next. Relaxation! Now that’s where I excelled. The music slowed, my mind drifted, and my whole body responded to perfection when called to rest.

All at once it was over. An entire hour had passed. The feeling of exuberance that accompanies the pleasure of accomplishment was tremendous. One of those women said she thought she’d go shopping. She just knew that she’d already dropped a dress size! Some of us just looked in that mirror and decided — Nah. Not yet.

But I saw hope in the mirror.