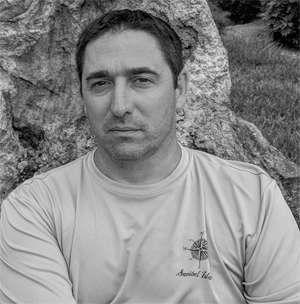 Jason has been making up stories since the fifth grade, but did a great job of keeping these tales a secret. Until, after 20 years in retail logistics and management, he shared a narrative involving one of his characters with his wife. Her insistence that he write his stories down started the ball rolling on what has been a completely new direction in Jason’s life.

With no background in literature or knowledge of the industry, Jason decided to join the White County Creative Writers group. With their help and support, he began writing in local contests that allowed him to show his creativity and hone his storytelling ability.

He is now retired and lives with his wife and two young boys in rural Arkansas. Though his family is a full-time job, Jason loves working on several novels and short stories involving his uniquely interrelated character group that are in various states of completion.